How to nail a video interview

But it is a reality that in today’s digital world a lot more interviews and meetings are conducted online. To help you nail it, we have put together a short video interview checklist.

Make sure you have a professional username.

Dress the part, treat it the same as a face-to-face interview.

As 90% of the cues we give are non-verbal it is important that you look professional. Make sure your hair is neat and combed, and men, if you are sporting a beard – ensure it is neat and trimmed. As it is only your upper body that is showing some people will wear a formal top with their PJ bottoms– BUT remember something can go wrong and you may have to get up to adjust the PC or stop to pick up a dog that suddenly runs into the room.

Prepare your surroundings to reflect a peaceful, neat and business-like setting.

Make sure that the room is neat and tidy and if possible, choose a room with a door that you can close to shut off any outside noise. On that note – if you have kids or pets, ask a friend or family member to babysit for that time, feed the pets beforehand and switch your mobile phone to silent to minimise interruptions.

Be aware that if you look around away from the camera or stare into space that it can look as though you are not engaged and even bored. Look at the person on the screen and treat them as though they are across the table from you.

It is harder to smile when you are not in a face-to-face meeting, but keep in mind to smile as it puts people at ease and helps to make a good impression.

Do a tech test beforehand to avoid the frustration of a tech glitch.

You are going to be nervous enough for the interview, so do a test prior to the interview to ensure that all your hardware and software is running smoothly.

IT happens, do not swear, get flustered or angry – just stay calm and hang up and try to reconnect again. Also, draw attention to a tech problem immediately, you don’t want to answer a question that you couldn’t really hear and it shows that you address problems as they arise – a trait that employers value.

Avoid talking over the interviewer.

This can be hard when there is a time-lag so make sure that the other person has finished talking before you respond.

Do a practice-interview with a friend and record it to review your responses and pick up on any funny mannerisms in front of the camera that you should take note of. 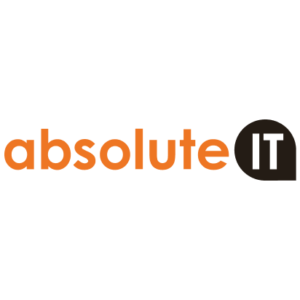 Most of us have a smart phone with apps on it these days. At least some of these apps directly help make our lives easier, be it making a bill payment, getting local news, or finding the nearest gas station. The user experience of web and mobile apps is critical and a mobile app developer contributes to making these experiences as useful as possible.

A poor mobile app or web experience isn’t just frustrating for users, but can hurt a brand and businesses require their digital interfaces to be fast, secure and easy to use. That’s why investment in good mobile development is being prioritised by digital teams across New Zealand and abroad.

As with many skills, the local IT industry is experiencing a shortage of mobile and web app development experts. All industries from banking to transport, health to hospitality are demanding more skills to make their online interfaces with users better. The demand is outpacing the availability of skills, a trend we expect will continue for the near future.

If you are a developer with React/React Native skills, or want to learn new front end development skills, there are plenty of work opportunities in New Zealand for you.

What is React and React Native?

So, for readers who haven’t come across it before, what is React?

Developed by a Facebook software engineer, React (or ReactJS) is a Javascript web framework that is used to build front end interfaces. Building on this, React Native uses native components (as opposed to web-based ones with ReactJS) and is used for crafting mobile apps (such as those for iOS and Android), along with web-based single page applications.

Think of Facebook on a computer – there is a lot happening on-page; messages, alerts, sharing, liking, playing video – features are frequently added to the social media platform. React’s development initially came from a need to handle all this user input without having to constantly reload the entire page.

Using React Native to build a mobile application allows great efficiencies. Rather than building the app via iOS or Android specific kits, React Native allows developers to share a large percentage of the code for both platforms.  React Native comes with modules and components that can be used as building blocks of a mobile app, and are already designed to improve performance.

Examples of React Native in the wild

React Native is everywhere. Facebook’s own app is built using React Native. Instagram, too uses React Native to ensure a seamless, fast loading UX. But also consider these other industry leaders who’ve used the framework at some stage: UberEats, Skype, AirBnb, Tesla, Pinterest and many others, all have used React Native for different functionalities. But these large companies have sizeable development teams all demanding good performance, compatibility and collaboration.

What skills does the React Native developer have?

React is, by many accounts, one of the simpler frameworks to learn for developers with existing knowledge of Javascript.

There are some skills that make a good React Native mobile app developer, these include:

Remember, becoming a successful React Native developer, like other front end skills, is not just about coding ability. It is really important that you have good people skills in this role – businesses take a very close interest in their mobile apps and will require that their ideas or concerns are listened to and clearly communicated.

If you’re a junior developer who is interested in React Native work, or want to become an attractive candidate in the job market, put yourself in as many client-facing meetings as possible with your existing employer. Learning how to connect business needs with technical approach is invaluable.

Where in NZ are there specific React needs?

The short answer – everywhere. Tech-led businesses are no longer simply relegated to the largest cities, and app developers can be in demand across all parts of the country. But right now in late 2019, our team is experiencing a noticeable shortage of React Native skills in Auckland. This is prompting businesses to look outside the country. If you are already in Auckland and looking for mobile app development work, we want to hear from you.

Hamilton and Tauranga continue to grow as digital-led business hubs. Our team have noticed an increased demand for React Native developers in this part of the country. If you are local to these areas, we strongly suggest to keep an eye out for roles or chat to us for anything upcoming that might not be listed yet.

We are excited to see more IT roles come available in more parts of the country as this can enable talent to stay local and enjoy their lifestyle and a good career.

Recruiters and businesses alike have noted the shortage of React experts for both contract and permanent work. In fact, New Zealand companies are often looking outside the country to fill this need. While recruiting global talent is part and parcel of the IT industry and has the upside of bringing in different points of view and rich experiences into projects and teams, we believe that more needs to be done to connect our aspiring and experienced local developers to the skills demands of the industry. A good combination of home-grown and overseas React Native talent will be positive for businesses and the industry as a whole.

These seeds can be planted as early as high school age. Those with an interest in pursuing a career in IT should be armed with as much knowledge of the sector’s job market, to help them make a decision on their education and areas of focus. Recruiters, businesses, government, tech media and tertiary institutes can play a part in sparking interest to generate more talent.

But what about existing developers who are looking for a change or who want to up-skill? Well, given ReactJS’ close relationship to Javascript, there is a wide range of development backgrounds that could take to this framework relatively quickly and add value in a dedicated role.

A React Native developer enjoys variety in their job – client contact, design, UX, coding, problem solving and more. If you are an existing mobile app developer with React Native experience and looking for something new –  there may be opportunities out there right now. Upload your CV and our team can chat to you further about roles in this space.

If you are currently studying IT, looking for a career in the industry or an existing developer seeking a change, we can suggest pursuing React Native and mobile app development.

Have any questions about React Native work available in New Zealand? Get in touch with our friendly team.